Empowering women in business and academia

On average, just 17 per cent of senior leadership and board members of European businesses are women. And the number of female leaders plummets as the positions become more significant. For example, fewer than four per cent of EU Board chairs are women. This is despite the fact that women account for 46 per cent of the EU workforce and control 70 per cent of global consumer spending. 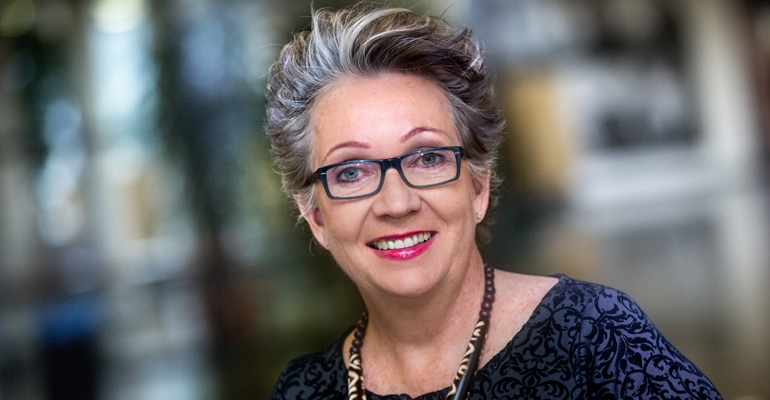 The picture in academia is just as depressing: only 13 per cent of full professors in the Netherlands are women, putting a country renowned for its progressive attitudes ahead of only three other EU member states – Belgium, Cyprus and Luxemburg – according to She Figures 2012, an ongoing European Commission report. (RSM BV does a bit better with a 20 per cent female faculty, according to the FT European Business School Rankings 2013, although it lags behind the top-ranked HEC Paris, IESE and LBS which show a 27, 33 and 23 per cent female faculty, respectively.)

The introduction of the Erasmus Centre for Women and Organisations (ECWO), under executive director Dianne Bevelander, is seen as a way for RSM and EUR to begin to address, and redress, both areas of female under-representation. The overall goals and mission of the ECWO, which launched in September 2014, are to:

The ECWO will achieve its mission through four pillars of activity:

With support from the RSM Advisory Board and Dean Steef van de Velde, Bevelander has high ambitions for the centre.

‘What I would like is for this centre to have impact, to actually change people’s lives,’ she says. ‘I want to undertake and support research into sources of gender bias and the approaches for overcoming them. I want to help women achieve their career goals and navigate obstacles, and provide our alumnae with ongoing education and the opportunity to share their experiences,’ she says. ‘At RSM, I would like management and faculty to understand the biases they hold. People are so unaware of gender biases. The ECWO will be raising awareness for all our stakeholders.’

The ECWO is a culmination of the work Dianne Bevelander has been doing for years: highlighting the different, often unrecognised, leadership styles of women, and the concomitant “outsider” status that can dent their self-confidence as well as their career potential.

As executive director and associate dean of MBA Programmes for RSM B.V. for more than six years, Bevelander built the brand of the school’s flagship European programmes. She was instrumental in initiating such programme innovations as Personal Leadership Development (PLD), an embedded leadership course focused on such “important and under-recognised complex skills” as self-reflection and communication (traditionally ‘feminine’ skills).

Compared to other EU programmes, the percentage of female participants at RSM was relatively high. Yet she noticed the women who took part in MBA programmes, despite their clear intelligence and great GMAT scores and prior successes, seemed somehow less confident than the male MBA candidates. Why?

In part it may be the issue of institutional culture identified by McKinsey & Company’s most recent (2013) Women Matter report, subtitled “Gender diversity in top management: moving corporate culture, moving boundaries”. ‘Women tend to display less confidence (than men) about their chances to succeed here – confidence is defined as a perception of one’s chances of success in the current environment, rather than confidence in one’s own qualifications. Our study shows that corporate culture matters twice as much as individual mindsets with regard to women’s confidence about their potential to succeed,’ says the report.

‘There’s a lot of subliminal messaging going on,’ says Bevelander. ‘In corporate culture there is a language of gender bias that we are unaware of: it’s called “benevolent sexism”.’ An example of this is when a male colleague or supervisor refers to a highly trained, qualified female engineer as “honey” or “meisje”. ‘Everyone acts as if it’s okay,’ she says. ‘It’s not. Deconstruct it. It’s not being friendly. It’s a power thing.’

During her own PhD period at Luleå University in Sweden she began to look at social and business networks, and this is reflected in her research publication Ms Trust: Gender, networks and trust: Implications for management and education. She had realised something striking: women network differently to men. ‘I saw how that difference could negatively impact women’s careers,’ she says.

This focus on the way women connect, communicate, collaborate and lead resulted in Bevelander designing the first women-only elective at a business school: the MBA Kilimanjaro Leadership Project, launched in 2012 and now a hallmark of the MBA/EMBA programmes at RSM. The elective garnered plenty of positive attention, notably getting the RSM MBA into the New York Times in May 2012. ‘The Kilimanjaro project has really had an impact,’ she says, noting that even the push-back from male students around the woman-only elective is positive. ‘The difficult part about gender bias is that people don’t notice it; this project is making waves, drawing attention to the problems, and raising questions.’

Some of those questions can be asked of RSM. For example, the website of ERIM, from which most RSM faculty is drawn, shows only four female full professors. ‘And there isn’t much diversity in the leadership of the school; it’s run by men,’ she says. ‘I’m pushing the dean, Steef van de Velde, to think more about diversity at the top level of RSM.’

The future is feminine

Still, the establishment of the ECWO is encouraging. ‘It shows that RSM is taking the issue seriously,’ says Bevelander. The founding and four-year funding of ECWO indicates that RSM management recognises that gender-balanced leadership is a hot button. ‘This is great, because business schools are producing the next generation of leaders, and we need more women role models at all levels.’

The writing is on the wall, and in reports issued by the EC, McKinsey, and the UN’s Principles for Responsible Management Education (PRME) working group on gender equality: women in leadership positions improve company performance, corporate governance and ethics, among other things. The Ketchum Leadership Monitor 2014 (KLCM) in particular steers us to one standout finding: ‘Namely that with female leaders very markedly outperforming their male counterparts on the vast majority of attributes found to be part of great leadership, the future of leadership communication is more “feminine”.’

In these early stages of the ECWO, Bevelander has “hit the ground running” – one of her favourite expressions. In collaboration with ECWO faculty Shira Mor and Dory Grandia and RSM Executive Education, she has launched the successful Women in Business programme, which consists of three component workshops: Leadership, Negotiation and Communication. Through the ECWO network, Bevelander is leading master classes and speaking at networking events. She’s writing about the Kilimanjaro project for an upcoming UN PRME book, as well as preparing to launch a multi-year project “Women’s Leadership” with an influential EU bank.

Furthermore, with Carien van der Laan of Van der Laan & Company, she is driving the formation of the ECWO Advisory Board, which includes Pauline van der Meer Mohr, president of the EUR Executive Board, among its members.

Existing research proves that women bring objective leadership advantages to organisations. ‘The issue is that women have to realise how phenomenal, creative and innovative they are. We don’t believe that we need to “fix” women for success in the corporate world. Rather, we need to get them to appreciate their potential and their power,’ says Bevelander. ‘Simultaneously we must impress upon organisations and society the huge cost of gender bias. The ECWO will highlight the loss of talent, diverse perspective and potential for innovation that results from continuing the relative exclusion of women at senior levels of organisations.’

For more information about the Erasmus Centre for Women and Organisations, go to www.rsm.nl/ecwo/

This article first appeared in the Winter 2014 issue of RSM Outlook.