The prominence of ethics in the conduct of business has become a key issue in recent years. Answering the questions that surround it, however, is far from simple and not least because one person’s ethics is another person’s anathema. 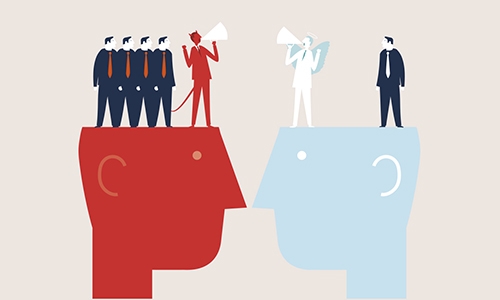 One simple test is that if an executive would not be comfortable with seeing behaviour detailed on the front page of a newspaper, then the behaviour in question is probably not ethical or moral. The question clearly arises: what can managers do to ensure they are watchful for potential unethical behaviour, particularly with response to financial wrongdoings?

Being aware of ethical pitfalls for their employees is a start, suggests Niek Hoogervorst, assistant professor in the Department of Business-Society Management at RSM and a member of the Erasmus Centre of Behavioural Ethics. ‘Leaders have to be aware that there are certain instances in which employees could be seduced to engage in unethical acts,’ he says. ‘For instance, research shows that employees can become unethical if they have to achieve certain targets or goals, but fall just short of reaching their goals.’

Equally, if a company’s appraisal system creates a lot of competition between employees by directly linking individual performance to salary or job security, some employees might engage in, for example, unethical selling techniques.

He cites as an example the scandal which erupted at Enron Corporation in Houston, Texas, in October 2001. That story of lying about profits and other questionable dealings destroyed not only Enron but also Arthur Andersen, at the time one of the world’s largest accounting and consultancy firms. ‘Enron had an appraisal system in which performance was directly linked to self-relevant outcomes, creating an unhealthy corporate ethos,’ he says.

Corporate leaders should also be aware of their own shortcomings and how those might lead to problems, says Hoogervorst. ‘When managers operate in a highly competitive market, they may approach their decisions through an instrumental business frame which minimises the weight placed on moral considerations. There is also clear evidence that leaders have a tendency to treat top-performing employees more leniently than others, he adds.

In other words, top performers (eg, employees with high creativity, top sellers or high status) are more likely to get away with unethical behaviour than low performers. ‘In one of my studies, I found that leaders disapprove less of unethical behaviour by subordinates when they themselves benefit personally from that behaviour,’ he says.

An underlying theme is that leaders do not always see the moral colours of their decisions, and they should become aware of this. How might this be addressed? According to Hoogervorst: ‘The first step is to create awareness among leaders that automatic/intuitive processes can undermine their ethical decision-making. This should increase the likelihood that they recognise future situations in which their own morality could be undermined by such processes.’

This is probably easier said than done, but leaders should realise that they play a crucial role in setting an ethical tone, and creating a more ethical climate in their organisation. Though the fact that even a bank led by an ordained Anglican priest (as in the case of HSBC and Stephen Green) can find itself mired in ethical problems, illustrates how complex the issue is.

Says Hoogervorst: ‘Ultimately, to achieve this leaders should be a moral manager AND a moral person. As a moral manager they should communicate the importance of ethics, not just in formal business ethics training sessions, but also in their day-to-day communications with their subordinates. As a moral person, they should be perceived as trustworthy, honest, fair and ethical in both their professional and personal lives.’

Hoogervorst highlights two questions that organisations could ask when conducting an ethical audit. One, what is the current state of the ethical infrastructure within our company? Where are the weaknesses in their infrastructure?

Two, what is the broader environment we are operating in? If a company operates in a context that is very turbulent/competitive or uncertain, this places different demands on organisational members and creates more of a breeding ground for unethical behaviour than when the environment is quite stable.

After analysing their internal system and external environment, follow-up steps would be to create a stronger ethical infrastructure. If an organisation truly cares about ethics, just having an ethics code of conduct and one or two ethics training sessions will not be sufficient. There is more to instilling an ethical corporate culture than simply paying lip service to the notion. Rather, ethics should be an intricate part of the formal and informal systems and procedures in the organisation.

Ethics is an absolute must-have in modern business, says Vik Dua, a corporate advisor and compliance officer at ING Group. He believes that despite the bad news stories that seem to keep on coming the situation is improving. ‘All big firms are under constant scrutiny from regulators, auditors, the press and social media,’ he observes. ‘There is no room for making a mistake.’

But can it be good to have businesses operating in such a climate of fear? He thinks yes. ‘If you follow the rules and play fair it is good for business,’ he says. ‘It needn’t be left to external pressure.’ Companies can take unilateral action. He points to practices at ING Group relating to trading, to avoid any possibility of even minor malfeasance. ‘All our employees are required to do any trading they wish to undertake through an ING account and platform. Moreover, all individual trades must receive advance approval.’ This is not a regulatory requirement, he stresses, but adjusting internal processes has enhanced the institution’s control over potentially adverse events.

Niek Hoogervorst can be contacted at: nhoogervorst@rsm.nl

To find out about the activities of the Erasmus Centre of Behavioural Ethics, please visit: www.erim.eur.nl/behaviouralethics