Students’ three-week challenge to address poverty in the Netherlands

Proposals from 195 master students working on a three-week challenge to address poverty could actually be used to reduce inequalities for young people in the Netherlands. The students’ findings and proposals will not end up on a shelf but are aimed to create positive impact in society, says Dr Stephanie Maas, who co-ordinated the course in January for students of the MSc Global Business and Sustainability programme at Rotterdam School of Management, Erasmus University (RSM). 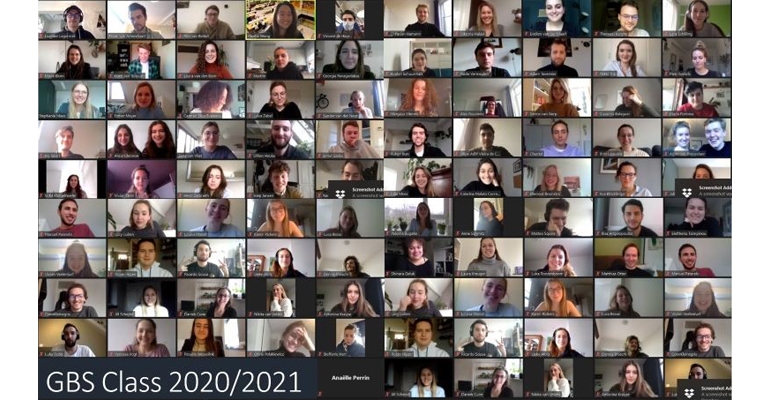 Poverty is one of the ‘grand challenges’ of our times – one of the social, environmental or ecological global problems that require combined efforts from multiple sectors, and need innovative approaches to better understand, harness, and tackle them.

Hidden poverty in the Netherlands

“Students became experts on poverty among young adults, but importantly they also learned and experienced how to understand and tackle a grand challenge,” said Dr Maas. “Some students were unaware of poverty in the Netherlands, as it is often hidden from first sight.” More importantly, poverty is much more than just not having enough money. Poverty is about not being able to participate in society”.

The Sustainability Grand Challenge is a core course within RSM’s MSc Global Business and Sustainability; the master programme aims to teach students how sustainability can be integrated into the core of business operations. Within the course, students are encouraged to use all of the theories, frameworks and tools they have learned and to apply them to a grand challenge.

For this year’s master students, the grand challenge was linked to the UN’s SDG Number 1: Address poverty in all its forms everywhere. The students were asked to consider how to reduce poverty among young adults in the Netherlands by 50 per cent by 2030.

They analysed levels of poverty and inequality in the Netherlands before formulating new viable solutions, using lateral thinking and by engaging with a consortium of organisations called SDG 1 Alliantie, which comprises partners from the government, the business community, civil society organisations and science. Alliance members include social enterprises, ombudsman services, human rights organisations and charitable foundations working against the effects of poverty in the Netherlands.

Students conducted interviews with multiple stakeholders about poverty among young adults in the Netherlands. They demonstrated their understanding of the grand challenge by writing an essay and reviewing each other’s work, and by working in groups of five they produced a report as they developed, formulated and assessed a viable solution. The 39 student teams presented their group reports as pitches in front of a jury of external stakeholders.

The students had well-qualified judges: one of them was Nadeen, an 18-year old woman who grew up in poverty; plus national SDG1 co-ordinator Marjolijn van Gerven; counsellor at the Salvation Army Myrthe van der Meij; Gaby Bartelse, RSM alumna, working as a marketeer and as a volunteer/fundraiser for the Foodbank Rotterdam; and from RSM, the director of the Positive Change initiative Eva Rood; research fellow from the Partnerships Research Centre Dr Marijn Faling; and PhD researcher Maria Carmen Punzi from RSM’s department of Business-Society Management.

Marjolijn van Gerven, the national co-ordinator for SDG1 and head of the partner organisation said she was impressed by the students’ compassion and energy that helped them to produce their valuable contributions. “Twenty years ago, when I was studying business administration at RSM, the study was mainly about corporate issues and business case studies. Now, it seems natural for these students to think about complex social issues. Their next step could be to explore the role of business in the issue of poverty because the students’ solutions in January were developed mainly in terms of current stakeholders such as government, care and education.

“We tried to create a bigger picture to tackle the predominant thinking that poverty doesn’t exist in a country like the Netherlands. So we focused on different perspectives such as income, health, education, work and housing. We also focused on a group the students could relate to: young adults aged 16-27. I think maybe the Covid-19 crisis meant they could really empathise with this group, especially with the impact of social isolation, the importance of mental health, parental support, and equal educational and work opportunities.

“I truly hope that this course changed their idea of inequality in the Netherlands, and that it will have a permanent impact on their way of thinking and future decision making.”

Van Gerven states that several students focused on developing an education programme that would create equal opportunities by preparing children for adulthood by teaching subjects such as financial education and citizenship. But the students also investigated improving mental health, because stress due to poverty can lead to anxiety and unregulated emotions.

This is a subject close to Van Gerven’s heart. “I would really like to develop a national programme with RSM for primary and secondary schools.” Van Gerven is inspired by the Pathways to Education programme in Canada. This programmed aimed at reducing school drop out in areas with relatively high poverty rates. The results were significant. “It shows that focusing on equal opportunities in school is an important building block for breaking the vicious circle of intergenerational poverty.”

Students gathered information by interviewing stakeholders from all sectors involved in the issue in Rotterdam; these were contacts organised by Van Gerven and Dr Maas. “From these interviews it became apparent how devoted, involved and committed the students were. The interviews were voluntarily, and our students took up these voluntary tasks and amazed all of the stakeholders with their extensive preparations and their solid understanding of the topic.”

Two of the students gave their impressions of the three-week challenge:

Student Sander van der Neut’s team focused on reducing the number of young people repeating a year of high school. “This is often a precedent to becoming a high school dropout, and resulting in poverty,” he said. The team proposed using ‘social impact bonds’ to increase the accessibility of high school education and decrease the societal costs of existing summer school programmes.

He explained why poverty might be hard for some to understand: “Everyone has an opinion on poverty, and all of those opinions diverge in their definitions of the concept, the root causes and the potential solutions. That's what makes poverty so hard to understand. Whoever you talk to will continue to enhance your understanding of it.

“I would describe poverty as a result of systematic intergenerational problems which reinforce each other and cause a person to be locked into a poverty trap of reinforcing feedback loops.

“We learned that there's no one-shot solution at poverty. One could even debate whether it could be solved at all.”

Student Luka Rozenboom commented that poverty among young adults in the Netherlands expresses itself most often in social exclusion. “My group and I tried to tackle this grand challenge by focusing on the Dutch debt system. Reducing debts doesn’t mean a direct reduction in poverty among young adults when we’re aiming for a 50 per cent reduction by 2030, however, it tackles a large part of it.

“We proposed the Youth Debt Reduction project. This project proposes centralising and extending the debt system on the data platform of the Stichting BKR, the Dutch credit registration office, to include essential creditors. Municipalities can use this for early detection of young adults at risk of poverty. Young adults living in poverty can receive personal support through our proposed peer-to-peer system that makes tailor-made approaches possible.”

Luka says she learned about the complexity of poverty during the course. “I’m very lucky with the chances and opportunities that I have and that are created for us by RSM. I recognise that it can also be different, even – or maybe particularly – in Rotterdam. This project about working on poverty among young adults makes the course very practical and relatable.”

The participation of Nadeen, who experiences poverty, as a member of the jury and reviewing students’ ideas was an eye-opener for Luka: “She provided the perspective of young adults living with poverty. In my opinion, she was very brave and confident to share her own story.”

A scientific approach to fight poverty

The Netherlands uses a variety of routes to reduce poverty, “but these actions are diverse, often very local, sometimes biased and without a framework to measure impact,” explained Van Gerven. “We need a scientific, objective and methodological approach to tackle poverty in the Netherlands. RSM’s Sustainability Grand Challenge is a good example showing that involving science leads to numerous good ideas in a short period of time.”

Van Gerven is working with Professor Martin de Jong, Scientific Director of the Dynamics of Inclusive Prosperity Erasmus Initiative to explore the possibilities for further initiatives to address poverty that bridge science and practice.