RSM debate: Anand Giridharadas and the fallacy of elite philanthropists

The thoughts of author and editor-at-large Anand Giridharadas were enthusiastically received by an audience of students and the wider Rotterdam community at an event organised by Rotterdam School of Management, Erasmus University (RSM) and The Tipping Point Foundation on 16 October. Giridharadas’ talk about inequality was watched by three professors who steered some of the question and answer segments: Rob van Tulder, professor of International Business-Society Management; Karen Maas, endowed professor Accounting and Sustainability at the Open University and academic director of Impact Centre Erasmus (ICE); and Adjunct assistant professor Lonneke Roza. 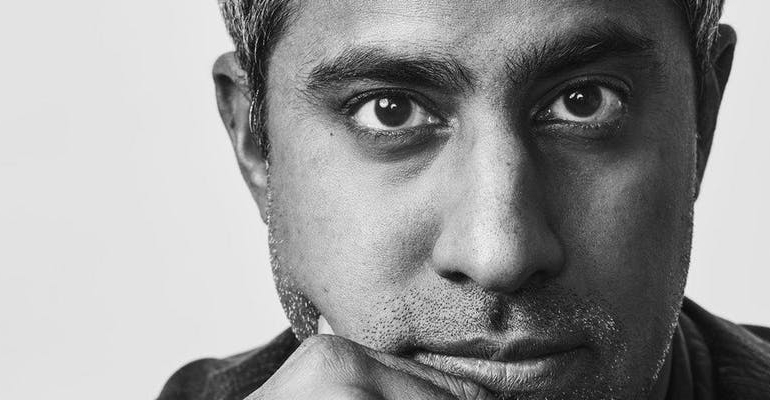 Giridharadas is the author of an investigation into how the global elite’s efforts to change the world actually preserve the status quo and obscure their role in causing the problems they later seek to solve, published in the bestselling book Winners Take All. It investigates shady sides of philanthropy and connections with capitalism, but also describes how the west lives in a bubble of people who are doing well by doing good, but don’t want to see that there are losers too. Such ‘moral do-gooding’ has little effect when so-called philanthropists’ harm-doing is on a much larger scale. He has been quoted as saying he wrote his book ‘to make people stop believing in a phony religion’, but that it does not have a policy agenda.

In Rotterdam, Giridharadas spoke frankly and in a way that appealed to students in the audience; he did not shy away from challenges to his arguments.

In response to Prof. Karen Maas, who asked about the best steps to solve grand challenges because changing the system would take ages, Giridharadas said there are two types of small actions; those that stay small or those that lead to democratic actions. He told students and young people in the audience to hold onto their hope, and spoke of the role everyone can play to create change.

He encouraged students to think about what they want to do with their lives – and to consider public service. He told them to pick an issue or something that bothers them, and think of a solution for it that is democratic, public, institutional and universal, and to find a way to work towards it. “Twitter is not activism,” he said. “Being up in the middle of the night to fix your neighbour’s water leak is a whole other level of ‘being in it with people’.”

He said institutions should discourage students from being intent on working for a corporation and help them see how they can make a difference in other career paths. Business schools can encourage candidates with truly philanthropic personalities to apply – and can influence where their graduates make their careers.

He said making changes requires philanthropic initiatives that offer real solutions; he suggested testing actions in philanthropic pilot projects before they can be adopted into public policy when it has been shown that they work. He talked about universal basic income, but with the proviso that it should not be on the assumption that work will be insecure or inadequate. The ‘win-win’ strategies that the plutocrats claim is the result of their philanthropy, needs to be dismantled, he said, because real change will always involve the loss of power.

Thought leaders are a fallacy

Giridharadas’ investigations are mostly specific to America, but can be relevant to the EU too; both continents have bought into the same fallacies from large companies and plutocrats. He said business schools also perpetuate the fallacy by using the same language – in terms such as ‘social enterprise’, ‘thought leader’, ‘impact hub’, ‘and disruption’.

Ideas from thought leaders are just ideas from people who have become famous because their ideas were applauded on a large scale. They are wrapped so that they are widely believed and widely spread. Giridharadas calls this ‘the commodification of ideas’, and wants everyone to think twice before buying into the ideas purported by thought leaders or “the next time we hear about an ‘impact fund’ as a solution for poverty from some zillionaire.”

History is full of hope

But there is no reason to despair. Giridharadas reassured the audience that there’s consolation to be found in the lessons from history. He asked the audience to remember the shift in large social and health issues within living memory; about changing attitudes towards the LGBTQ community or to smoking. “We need to remind ourselves that things change all the time.”

RSM will host another extra-curricular debate about solving grand societal challenges on Tuesday 19 November. This ‘SDG Insight’ event will consider the strategic and tactical dilemmas in developing supply chains to meet the UN’s Sustainable Development Goals (SDGs). With several tiers of suppliers, societal pressure, complex certification requirements and complicated supply chains that reach around the world, what strategies are likely to produce progress towards SDG 12: Responsible consumption and production?